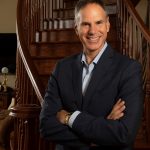 Frank Di Piero was born in Chicago and is 100% Italian origin. He has traveled to Italy many times and attended two study abroad programs in Italy, one in Roma and one in Firenze. He is the former President of The Harlem Avenue Italian & American Business Association and was on the committee to start an Italian American Studies Program at Loyola University  Chicago. He is a Director of Casa Italia, and LITTLE ITALY Cenetta. He is on the committee of the Festa della Repubblica celebrated at Pompeii Church. He is a Chicago area representative of C.T.I.M., Comitato Tricolore per gli Italiani nel Mondo. He also has been a proud and active supporter of The Balbo Monument and the Columbus holiday and statue. He is a former director of Italidea-Midwest. He has performed with (IATC), the Italian American Theatre of Chicago. He is a former committee member of the Columbus Queen Contest in Chicago. He has organized and sponsored a seminar on Italian aviation and a cultural dance for young Italian Americans as well as Italian language classes for the youth. He has lived his entire life around the North Harlem Avenue area. He has been married for more than 29 years to his wife Ivana (who was born in Calabria, Italy) and together they have 2 children.

Read about Frankie D.’s honor from the Flowers of Italy Club in We The Italians: Click Here To Read More